In 2010, Patti Fraser and Corin Browne responded to the housing crises by creating The Housing Matters Media Project. The project worked with young artists to produce a collection of digital narratives that investigated issues of affordable housing with the intent is to create an informed and active community.

The films produced in this phase of the project have been screened in a variety of venues, locally and internationally to inform and affect housing policy. This project partnered with the University of British Columbia Housing Justice Research Project at housingjustice.ca 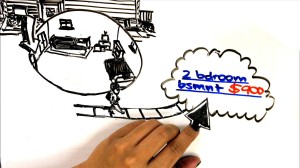 The 19th Birthday Party – Working with a group of youth who experienced government care this media art installation represents the investigation the community undertook within their creative practice. When youth in government care turn 19 in British Columbia, they lose all their financial support.  This media art installation co-created with Corin Browne.

We are Everywhere – A book Featuring series of portraits and wisdom teaching from adults who aged out of foster care. Produced by Fostering Change, with the Vancouver Foundation, Vancouver, B.C. 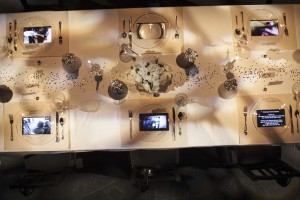 This multi year research project was created to investigate the effects creative practice has on the health and well being of seniors. 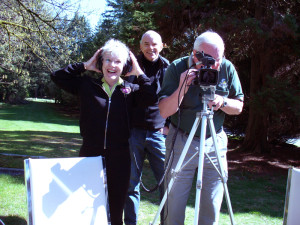 Founding Faculty (Pre-production)   This institute was a youth run, youth produced, and youth mentored film production in Vancouver East’s Side. Conceived to provide employment opportunities for youth in Vancouver’s Eastside and as a way to create networks of support and engaged citizenship within the community. 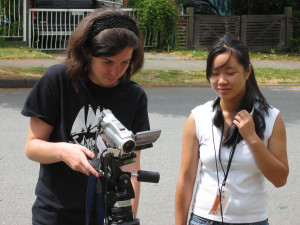 This Institute was one of the first in Canada to recognize the importance of community engaged art practice. Created in partnership with Canada Council for the Arts, Pacific Cinematheque and Vancouver Parks Board Office of Arts and Culture. 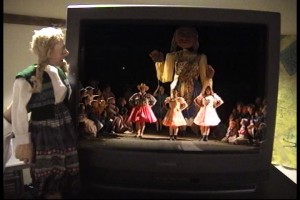 Co-created with Corin Browne including media produced from the community Arts, Health, and Seniors Digital Storytelling Project. This outdoor media installation was created for ‘ A Night for All Souls.’ A community art performance project with Artistic Director Paula Jardine. 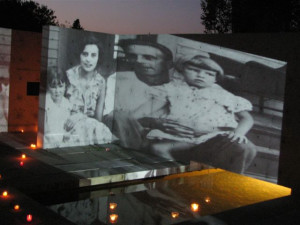 Judy Graves, Advocate for the Homeless in Vancouver An interview with former City of Vancouver’s advocate for the homeless, Judy Graves. Excerpt from the documentary Walking the Walk courtesy of Francesca Fionda and Neil Khare.

An Inquiry into Creativity and Health with Older Adults, co-created with older adults in the Arts Health and Seniors Project and Corin Browne. Produced by Canadian Public Heath Agency.

What is TB? (not TV) documentary video was filmed in the communities of Gitanmaax, Kispiox, and K’san Village, a participatory media arts education project. Co-produced B.C. Centre for Disease Control and Pacific Cinematheque. *Canadian Council on Health Services Accreditation citation for Leading Practices in Tuberculosis Control. What is TB not TV http://www.bccdc.ca/dis-cond/a-z/_t/Tuberculosis/TBVideos/WhatisTB/WhatisTB.htm