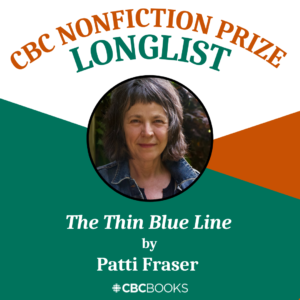 Patti Fraser, Ph.D., is the 2013 recipient of the Vancouver Mayor’s Art Award for Community Engagement.

Currently she is devoting her time to writing creative non-fiction.

She has used the medium of the written word, performance, and digital media in her work as a community engaged artist, educator and writer.

Her written work has been published or produced for the theatre, public radio, documentaries, literary reviews, and scholarly journals.

Her work has been recognized as best practices in a diversity of fields including the Chee Mahmuk Aboriginal Education Centre with the British Columbia Centre for Disease Control, the Canadian Council for Refugees, and the Canada Council for the Arts.

In response to the lack of affordable housing and the impact this crises was having on youth, she co-founded with Corin Browne the Housing Matters Media Project. www.housingmattersmedia.com

Patti has been an artist-in-residence with the Arts Health and Seniors Research Project.  She was a founding member of the nationally recognized youth video production program the Summer Visions Film Institute for Youth and the Artistic Director of the Documenting Engagement Institute.

She was a founding member of the Leaky Heaven Circus and has written and performed for Vancouver theatre. And co-created and performed six radio dramas for the Canadian Broadcasting Corporation.

She has also worked as an artist/researcher in numerous research projects on housing justice, public health, and art as social change.

Patti has earned a Ph.D. in Arts Based Research from the University of British Columbia, in Vancouver. B.C.